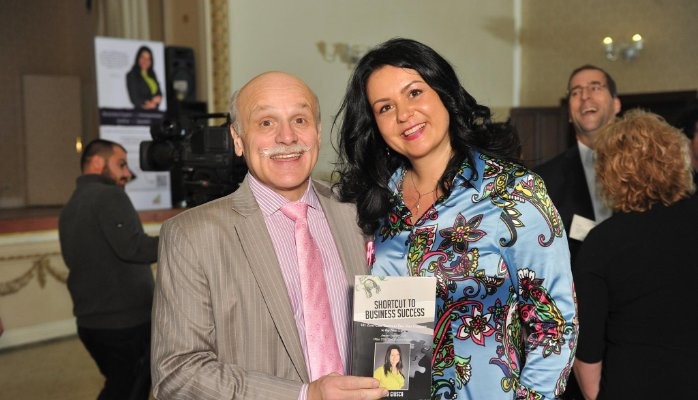 Tuesday 11 November, 2014 was the first launch of my book, Shortcut to Business Success: 101 Tactics to Take Your Company to the Next Level. The launch was held at the elegant Elisabeta Theatre-Restaurant in Bucharest, Romania and was a culmination of four months of working two hours a day to complete the book – not to mention the15 years of working with entrepreneurs particularly in Romania and the UK. The night was about celebrations, exquisite snacks and drinks, and mingling with top business minds and some local press and celebrities. Afterwards, I took some time to reflect on what went well and where we could have improved.

I wanted to host about 200 guests. Our first step in promoting the event was to create a dedicated landing page on which people could sign up for the event. We then sent email invites to relevant contacts on our database, which led recipients to the event’s landing page. I assumed people would love to come to a book launch! The chance to socialize, network, enjoy free drinks and food…

To my surprise, we had very few RSVPs from the landing page; most came directly from the emails and from people who knew me in person.One of my mentors took a look at the landing page and instantly saw the problem: we weren’t showing the perks of attending the launch. People need to be TOLD the benefits, he said, and it needs to be 100% clear. So we added a number of benefits, including:

Of course, we also elaborated on the benefits of the book. (See here.)

And we started seeing sign-ups and RSVPs!

Lesson #1: Don’t assume your audience is as keen on your event (or product or service) as you are or that they can see the value that is so apparent to you.

I had thought the benefits were obvious; that I didn’t have to tell people! But often you have to remind them WHY they should be a part of This Great Thing; sometimes you even have to spell it out for them.

Here are some of our other strategies for promoting the book launch, which we began rolling out five weeks before the big day:

By the end of the campaign, 250 guests had registered. It’s common knowledge that, for free seminars, only 30% of RSVPs show up. Nonetheless I bargained on a higher percentage for a book launch – especially as the majority were our business contacts and contacts of our contacts. So we expected 200 to turn up. On the evening, 120 attended.

But much of the learning came on the night itself… See Part 2 for more lessons from the launch.