As you’ll have read in Part 1, Tuesday 11 November, 2014 was the first launch of my book, Shortcut to Business Success: 101 Tactics to Take Your Company to the Next Level. Held at the elegant Elisabeta Theatre-Restaurant in Bucharest, Romania, the launch celebrated both the book and my 15 years of working with entrepreneurs particularly in Romania and the UK. Afterwards, I took some time to reflect on what went well and where we could have improved.

On the night, the order of speakers was Gerry Robert (his story, and promoting the book), me, followed by a raffle. I thought the raffle was a fantastic way to engage with the audience. (All those cool prizes!) I was wrong. As Gerry later pointed out to me, the raffle took the focus away from the book. After speaking, I should have invited people to come over, both to meet me and to check out my book. (After all, they could receive signed copies!). Instead, I created an emotional bond with the audience and then left them on a high without a clear call to action.

Lesson #2: After building a rapport with your audience, end with a call to action.

On a more positive note: 34 guests at the launch signed up to our Tooliers® subscriber list – a real plus, as they are clearly interested in Tooliers® products and may buy our products in future.

Lesson #3: Get detailed on the content of your book (or product / service).

Marius Gabriel Mogos, an entrepreneur and business owner, attended the launch and left without even taking a look at the book! Then, at the following morning’s event – at which Gerry also spoke – Marius paged through the book as it was lying on Gerry’s table. On realizing that the book was exactly what he needed, he searched the entire room for me – he wanted to buy the book on the spot. Why didn’t he buy it at the book launch? Because I hadn’t shown him all the great stuff that was in it! Here’s his review afterwards.

In retrospect I should have gone into more detail about:

Lesson #4: Design (or coordinate) the space to create an “energy”.

Originally we set up the room so that all the good stuff was positioned evenly, with drinks to the one side, food to the other. The thinking was: keep people spread across the entire room, rather than having one part super-crowded and another part empty.

Some things, however, we would do again. I include them here so you can use them too.

Lesson #5: Chat to your guests

I greeted guests at the start of the event and introduced them to each other, so they would not feel awkward or alone. I talked to people, mingled, and the result was that I had already created a bit of rapport BEFORE going on stage. If you’re a nervous public speaker, this can also be a really great way to help you relax.

Lesson #6: Include your team….

My colleagues not only organized the entire event, they also attended on the night and were an enormous help in greeting people at the entrance and with last-minute details. I also praised them in my speech – a very public acknowledgement of their hard work and talent – and that’s been great for our working relationship and for team morale.

Lesson #7: … and make sure they’ve been trained for the launch

Most importantly, my colleagues had all been prepped to give the same response when people asked about the price of the book.

“The book sells on Amazon for $29 [so the audience realizes there is a market for it, that people are buying it, rather than merely saying: it costs $29!]. But we have a special deal tonight, as Christmas is approaching: you pay RON 130 for two books, instead of RON 95 for one. This way you save RON 60 on the second book, which you can offer as a Christmas gift to one of your business partners or clients.” 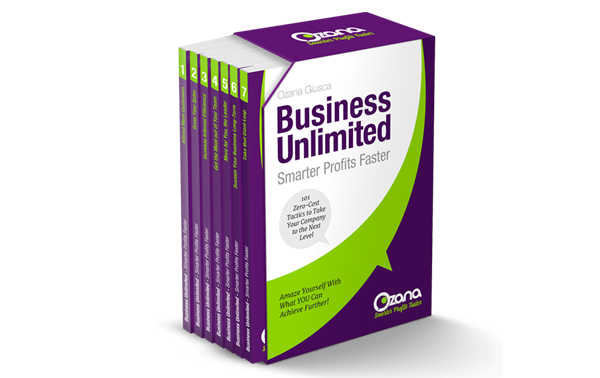 After the launch, we boosted the Facebook post that Gerry had written on his blog about the event. We boosted the post to a local audience: Romanian business owners living in Bucharest. When boosting a post on Facebook, you have to think of it as an ad (though one for which you do not need to create a headline, text or picture, because the content already exists). With the boosted post, we sent 100 visitors to Gerry’s post and 24 to the book’s landing page, where 3 purchased (that’s $36) – all over three days. We spent only $16 for this marketing effort, so it was worth the initial outlay.

It’s been a great learning experience. All of this has helped us with the international launch, in London.

What did you learn from this article? Have you ever attended – or hosted – the perfect book launch or business launch? Ever attended a launch that was a dismal failure? Why? I’d love to learn more!