Driving back to Bucharest after presenting at the high-profile Business Days event in Iasi, Ozana decided to stop in at the hotel of a former client, for whom she had once raised finance. Entering the hotel, Ozana was impressed. Nusa had done a complete refurbishment and the result was a magnificent 5-star experience on all fronts. Ozana was alarmed to hear that the hotel was on the brink of insolvency, with only a 10% occupancy rate.

Unable to accept that such an amazing ‘product’ was so far from reaching its full potential, she gave Nusa a few initial recommendations to quickly market the hotel.

Some of these ‘quicker fixes’, immediately obvious to Ozana, included: 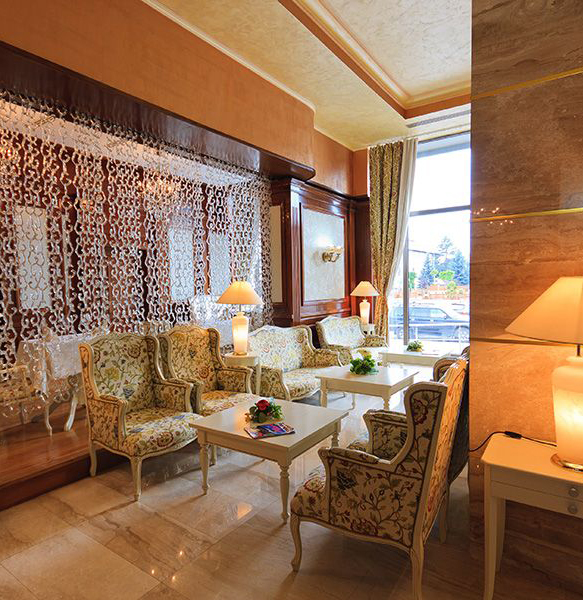 The pair continued the discussion the following morning. (Ozana found she could not resist the offer of a complimentary night in the luxurious hotel, nor the spa treatment.)

By noon the next day, and 30 pages of notes later, Nusa had asked Ozana to more formally assist the hotel with increasing its occupancy rate, and sales in general.

Nusa was a natural hotelier – a gracious host with an eye for detail and a strength for operations – but she had little exposure to marketing and sales. Like so many entrepreneurs and business owners, Nusa had created an exceptional product, but didn’t know how to sell it.

Some of the bigger changes Ozana and Nusa implemented included:

1. A restructuring of the hotel’s prices.

Ozana doubled prices to reflect the true value guests receive and then offered various special discounts. This action alone increased sales by 30% within one month.
Creating an appropriate pricing structure also changed the mindset of their guests: previously, walk-in guests had criticised the high prices and requested discounts. Now they felt they were getting a good deal, just right for them.The result? Not only were more guests taking up offers on the spot, but the perceived value of the hotel changed too – the higher price created a high-status product that became in demand.

2. Tweak the publicity photos being used on the hotel’s website and on Booking.com.

A photo of the exterior of the hotel (which is average) was replaced with one showing the interior (which is glamorous and inviting). This simple change in the publicity material increased online bookings by 278% within 3 months.

3. The major change, however, was to reposition the hotel’s branding,

from ‘another hotel in a Romanian city’, a stop-over for anyone, to ‘the gateway to Moldovia, a beautiful area full of monasteries and other touristic attractions’. Part of this repositioning was to create a new website, with the view to showing the group’s assets (previously, even the hotel’s laundry was presented). With the discerning traveller in mind, the team created various packages (including trips, dinner, spa treatments), listed things to do in the area, and provided more useful information for travellers. The principle behind this revamp was to think from the travellers’ point of view and not from the point of view of the hotel owner.

By significantly increasing the value for the customer, Nusa didn’t only increase the occupancy rate, but also overall sales.